Association for social progress ASKII BRAINERY for Continuing Education is a non-profit cultural Association that was born in Udine, at the beginning of 2016, thanks to the will of a group of university students and volunteering professionals from the world of enterprise and education who came from different associative realities and felt the need to make their skills – acquired both formally and informally – available for a broader public. ASKII BRAINERY was born to continue those activities that, since 2007, a sister organisation called “Università Senza Età” has been carrying out. This latter, whose name means “University Without Age” and that is set in the small town of Campoformido, has been chaired by Mariella Ciani, who finished her third mandate as a President and dedicated herself to the newborn ASKII BRAINERY. «Università Senza Età» is an association that during the last 10 years has been pursuing a series of initiatives at a local, national and European level, without forgetting its principal mission: sharing and disseminating culture and training activities through the offer of courses, conferences, seminars and workshops; it is voluntary, non-party and has the aim of creating an intergenerational dialogue and encounter. At the local level, «Università Senza Età» holds almost 30 courses every year principally concerning foreign languages, physical activities, the use of new technologies, and other topics concerning the well-being of the individuals.

ASKII BRAINERY largely follows the exposed structure but in a more challenging environment considered that it is set in a considerably larger city (Udine) where the exchange between generations is far more present, the communicative ability far more successful and the number of people who can be involved is decisively bigger. Furthermore the Association is financially supported by a longtime Company called “Delta Askii Srl”, a software house specialized in the field of ICT and web development, led by a group of young startuppers who also cooperate and participate in the activities of ASKII BRAINERY.

The Association principally addresses all those people who want to acquire adequate competences in the foreign languages and ICT fields, which are nowadays fundamental skills and competences not just to look for employment but also to improve one’s competences in a labour market which is constantly changing and evolving. Several other courses are held in ASKII BRAINERY to deal with different subjects, considered that many courses are often activated after precise requests from the public.

However, particular attention is dedicated to unoccupied and unemployed adults considered that in Italy the unemployment rate for 2015 is 11.9% and that in our region, Friuli Venezia-Giulia situated in the North-East of Italy, it is 8.0%; 2016 data are being analysed but apparently the percentage won’t significantly change. It is also quite alarming that the youth unemployment rate (i.e. for people aged 15-29) is even higher: in Italy it’s about 35% and in FVG about 25%.

Our Association finds a proper setting on the territory in the field of adult education, placing itself in a midway between formal-education organisations and profit organisations, therefore offering courses at competitive prices, affordable for everybody.

ASKII BRAINERY wants to train educators in the fields of the informal and non formal education, for them to be able to interact with variegated groups of adult users: adults with a low educational level or ones struggling to (re)enter the labour market; regular immigrants who need to know the language of the Country hosting them to understand, first of all, rights and duties and later find an occupation; foreign students who decided to attend school and University in our Country, and several different situations. The subjects involved are courses of: Italian as a second language (L2); English at all levels, considered that it is necessary for intercultural communication and also useful to understand the terminology used in ICT; other foreign languages such as French, German, Spanish, Chinese, Russian, Arabic, and so on; the use of computers in their more common applications, but above all to discover the institutional websites and use them at their fullest for the users’ needs (i.e. E-Citizen courses to learn how to browse and find information and help from institutional, public websites).

All the work within the Association is mainly carried out by approximately 20 volunteers who make their skills and competences available for the Association and its users. Teachers are the professionals that the Association pays depending on the number of classes they hold every month, both for individual and collective courses. 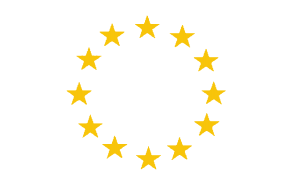